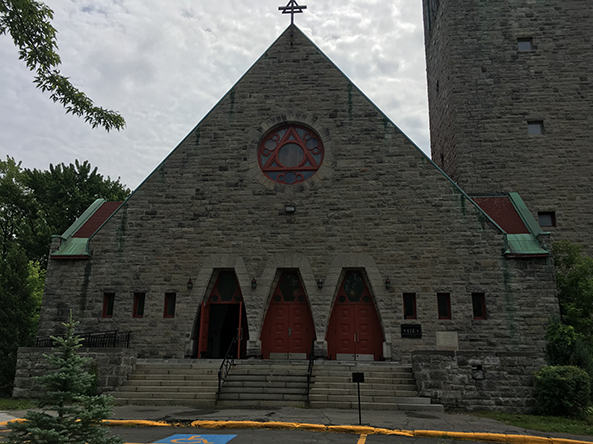 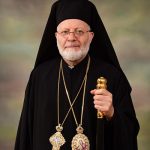 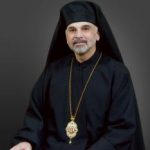 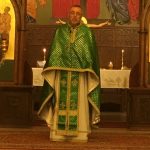 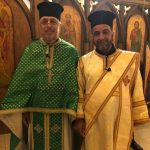 St Mary’s Antiochian Orthodox Church in Montreal is a parish of the Antiochian Orthodox Christian Archdiocese of North America. We started as a small church in 1992 because of the growing number of parishioners with Middle Eastern origins in St. George and St. Nicholas churches. Mr. Fawaz, Chief of St. George’s Choir at that time, and Father Crow of St. George joined forces to bring together twenty-four believers to form a founding committee for the new parish according to the Constitution of the Archdiocese. His Eminence the Metropolitan Philip Saliba responded positively and sent his Bishop Antoun Khoury to meet the committee and appoint the twelve members of the first parish council. The new parish was announced at an event at the Lebanese Canadian Syrian Association with the name of the church of the Virgin Mary. Metropolitan Saliba appointed Fr. Ghattas Hajal to serve the new parish until March 1992, followed by Archpriest Emile Hanna then Archpriest George Shaheen who served until February 1994. In 1993, Metropolitan Philip dissolved the first parish council and appointed twelve new members with Nicholas Batchoun as president. Mr. Fawaz was raised from Deacon to priest and replaced Archpriest Shaheen in 1994. The first liturgies were celebrated at Father McDonald’s School in Ville St Laurent and a committee of 4 people was charged to find a suitable site for the church. The church located at 120 Blvd Gouin East was bought during this period and several fund raising activities allowed the parish to settle the down payment. The next period witnessed several projects such as hall renovations, iconography murals which combine Gothic art and Byzantine decorations, the cemetery and the purchase of the Lantier land north of Montreal. In 2017, Father Michel Fawaz retired and His Eminence Metropolitan Joseph appointed Father Georges Berbari as parish priest. Father Berbari arrived in early January 2018 and started his new task at St. Mary’s. He is assisted by Father Stephane Bigham. Archpriest Michel Fawaz still participates in several liturgical services and events.

In April 2019, Father George Berbari had to return to Lebanon, and in June 2019, Metropolitan Joseph appointed Father Elias Ferzli, who currently serves St Philip Parish in Edmonton as the new Parsih Priest of Saint Mary Church. Father Elias arrived on July 2 and started his service on July 7, 2019.

Today we have several hundreds of families who consider St. Mary’s Church their spiritual home. Our dedication to the Orthodox faith of our young people is translated by the several organizations who take care of our children and youth such as Sunday school, Teen Soyo, Young Adult Ministry in addition to other activities such as Social Committee, Scouts, Arabic School and Antiochian Women. Liturgical Services and held in Arabic with some French and English and hymns are chanted in Arabic and Greek using Byzantine melodies. Service books are available in 3 languages to follow the mass service.